The following is an invited post by Alex Wild of Myrmecos Blog: 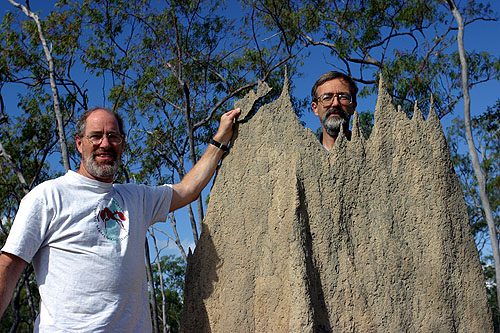 Ted MacRae so graciously guest blogged for me last week, so I figured it’s time to turn this around and send one Ted’s way. One of the great joys of Beetles in the Bush is Ted’s photojournalistic coverage of various insect collecting adventures. In that vein, I will recount an Australian expedition with famous ant guys Gary Alpert and Phil Ward from back in 2004. I never blogged the trip because, hey, I didn’t blog back then.

The International Congress of Entomology had just concluded its meeting in sunny Brisbane, and we had time to explore the biological riches of tropical Queensland. So our trio of intrepid ant biologists caught a flight to the remote Cape York Peninsula, a sparsely-inhabited tropical finger that points north from Cairns to Papua New Guinea.

Among our specific destinations was the remote McIlwraith range, a small plateau coated in rain forest lying kilometers off the nearest maintained road. Here’s the satellite image:

Why visit such a difficult spot? Partly for the very inaccessibility. Places that are hard to reach hold high potential for yielding new discoveries. And partly because the forest hosts an unusual blend of typically Australian fauna and southern incursions of the New Guinean fauna. Many species reach their far southern extent in the McIlwraith range.

Grass trees along the track.

The friendly park ranger in nearby Coen took a look at our trusty rented 4×4 truck and announced that while it might make it through the overgrown track to the mountains, it would likely emerge bent into some new shape. This prognosis turned out to be prophetic.

Before we even reached the rain forest, the surrounding woodland yielded many formicid treasures: 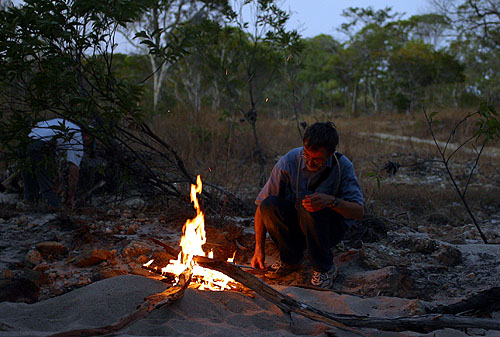 Setting up camp for the night.

As we pressed on the forest became increasingly dense, and eventually we’d wedged the truck tightly enough through the bush that we lost a side mirror.

Driving onward, Phil at the helm.

A fern in the forest.

As promised, the insect life was spectacular:

Nasute termites guarding a breach in their tunnels. 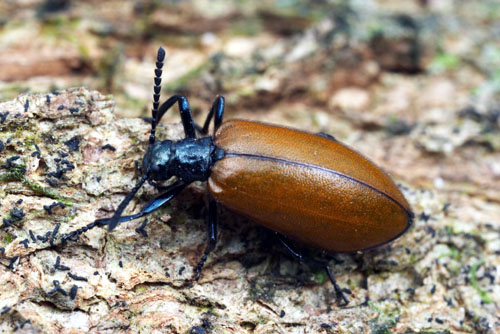 Folks who complain about roaches have obviously never seen one of these...