Earlier this month the Webster Groves Nature Study Society (WGNSS) sponsored their second Nature Photo Contest. I’ve been a member of this group since I first moved to St. Louis after college in the early 1980s—primarily as a participant in the Entomology Natural History Group but for the past six years also as board member and editor of the Society’s newsletter, Nature Notes. The photo contest was run much like the first one in 2013, again with nice cash prizes for the winners, except two things: 1) the categories were a little different (see below), and 2) I was tapped to be one of the three judges in the two categories that I did not submit photos. The categories were:

I submitted two photos each to the first three categories—the maximum allowed in both cases. One limitation for me was that the photographs had to be taken in Missouri or an adjacent state. Remarkably, during the past few years I’ve taken most of my photos in places further afield—primarily in the western U.S. in states such as California, Colorado, New Mexico, and Nevada. I have many photographs from earlier years, but frankly I don’t consider much of that body of work to be photo contest worthy. Still, I was able to come up with a few more recent photographs that I thought would be competitive.

How did it go for me? Pretty good, with two of my photos taking cash-winning prizes (see below). This may not be as good as I did last time, when I won one 1st place, one 2nd place, and one 3rd place—the last of these also voted by the audience as the Grand Prize winner. Nevertheless, the cash award is much welcomed and will be put to good use. Remarkably, it turns out that two winning photographs have never been posted at this site, so here they are: 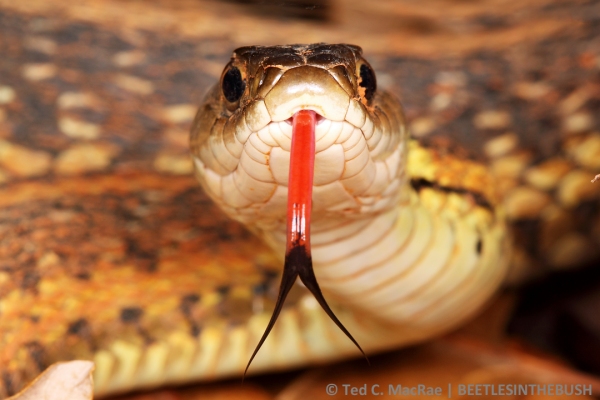 The judges regarded that it represents the true “essence” of a snake. Technically they liked the position of and focus on the tongue, the contrasting red color working well in the composition, with the blurred, winding body of the snake adding depth in a cleaner fashion than a cluttered jumble of leaves. I can’t tell you how many shots I took hoping to get one with the tongue in the perfect position—knowing all along that at any moment the snake could stop flicking it or decide to make a run for it 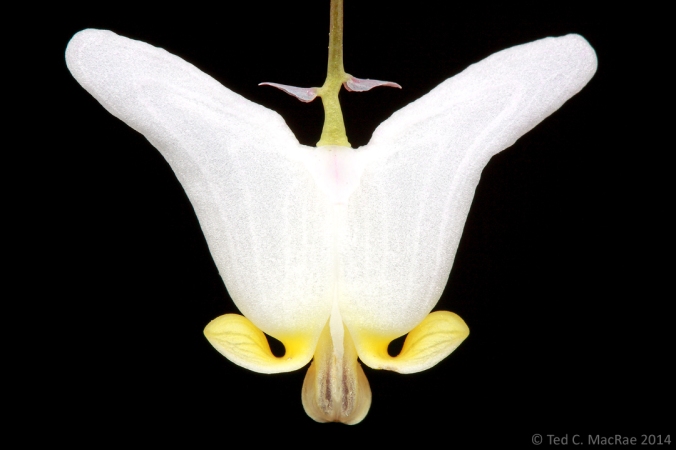 Unfortunately, I didn’t get a chance to hear the judges’ feedback regarded this photo, as I was busy judging the photos in the ‘Natural Communities’ and ‘Seasons’ categories. This photo also took many shots, even though I didn’t have to worry about the subject not cooperating. Flash on white is tricky—not enough and you don’t get the stark contrast with the black background; too much and you end up blowing the highlights and losing the delicate detail. Add to that trying to get the subject perfectly symmetrical within the frame (I wanted to achieve this ‘for real’ and not through subsequent cropping), and I probably took close to two dozen shots before I felt like I had it right.

Perhaps you noticed that neither of the photos were in the ‘Invertebrates’ category. This just goes to show that the amount of interest in and effort one puts into a certain type of photography does not guarantee success—or prevent success in photographing other, less-familiar subjects. For my part I am pleased that any of my photographs were deemed good enough to receive a cash prize and thank WGNSS for giving local nature photographers the opportunity to have their work recognized and rewarded.