I’ve had my macrophotography rig for one year and a summer now, and while I still hesitate to regard myself a bona fide insect macrophotographer, I’ve learned a lot, feel I’m on the right track, and have had immeasurable fun in the process. I’m a tactile learner – i.e., I do best just trying different things for myself and seeing the results. The photos I show here are some “comparison” shots that I did during my recent giant desert centipede white box photo shoot.

For my photography, I use two macro lenses, both Canon, with almost equal frequency: the 100mm lens (up to 1X), and the MP-E 65mm lens (1X to 5X).  Although the choice is clear if I am much above or below 1X, I find that a large part of my shooting is right around the 1X level.  I’ve often debated which lens I should use in such situations – the longer working distance of the 100mm lens makes it easier to use in the field and less likely to spook the insects I am photographing, but lighting is also more problematic since the flash units are farther away from the subject.  One thing I hadn’t thought about, however, is the possibility of differences in image quality between the two lens (all other things being equal).  The white box session gave me an opportunity to look at this, since the use of indirect flash largely eliminates subject-to-flash distance as a variable.  The two shots below show 1X shots of the centipede – one taken with the 100mm lens and the other with the 65mm lens.  The photos have not been post-processed at all (except size reduction for web posting) to give the truest comparison possible – normally I would do some levels adjustment and unsharp mask (and for these, clone out that annoying blue fiber that ended up on its head!).

I think one can easily see how much more detail is captured by the 65mm lens (click on each for a larger version, as always), even despite its more limited depth of field (f/14 for the 65mm versus f/22 for the 100mm). This makes me re-think my strategy of using the 100mm when I can and switching to the 65mm only when I have to. In fact, I’ve occasionally opted to add extension tubes to the 100mm when I needed just a bit more magnification, but these photos make me think I should use the 65mm when I can and reserve the 100mm just for sub-1X shooting.

Both photos in the second comparison were shot using the 65mm at f/13, the only difference being the use of indirect flash in one photo and direct flash in the other. I’m not quite sure what to make of this – the direct flash photo is better lit and shows more detail, but this could be an artifact of insufficient flash unit power in the indirect photo. I probably should have done this comparison (or both, for that matter) using E-TTL rather than manual mode on the flash unit (and I may have to do that). 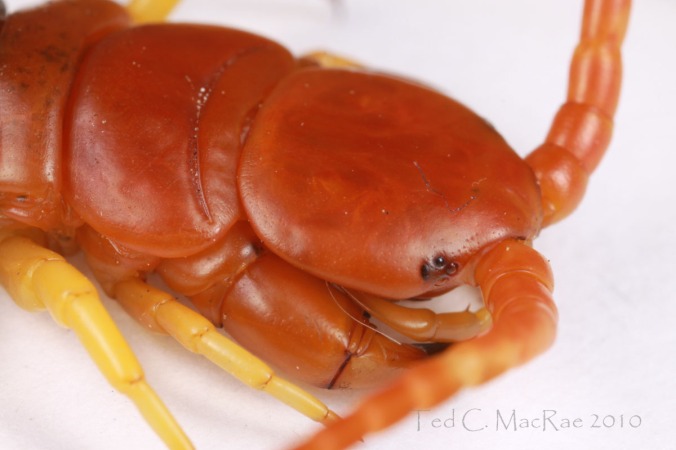 Anyway, nothing earth-shattering here, and I may just be figuring out what others have learned long ago. Although I prefer the field for photography, I’m finding the white box – or at least a controlled, indoor environment – valuable for this type of experimentation.

10 thoughts on “Lens and lighting comparisons”