Most of my insect photography is done up close using fast shutter speeds (to prevent motion blur) and small apertures (to maximize depth of field).  This necessitates the use of full flash – the amount of light reaching the camera sensor at f/16 and 1/250 sec is not enough to show any image at all, much less one properly exposed.  Full flash photography has its own set of challenges, but for the most part it can be used to produce excellent closeup photographs of insects, even very small ones.  One thing that has always bothered me about full flash photography, however, is the “black background” effect when photographing an insect sitting up on a plant without something else in the immediate background to reflect light.  Not that I don’t like black backgrounds—they can be used to stunning effect with the right subject.  I just don’t want it to be my only option for insects that I photograph up off the ground. Of course, it is rather a simple matter to place something in the background that is close enough to reflect light but far enough away to remain out of focus, but what I really want to be able to do sometimes is have a blue sky.  I always thought this meant natural light, with its low f stops, slow shutter speeds, and the resulting motion blur and loss of depth of field.

Of the many things I learned today, how to include a blue sky background in a closeup photograph at f/16 was my favorite.  This is accomplished by bumping up the ISO to 400 (to make the camera sensor more receptive to light) and decreasing the shutter speed to 1/60 sec.  Keeping the f stop high maintains the depth of field, but the increased ISO and decreased shutter speed allows sufficient light from a sky background to register on the sensor.  By themselves, however, these setting will still result in an underexposed subject, which is illuminated instead by fill flash.  Despite the slower shutter speed, there is no motion blur because the “effective” shutter speed for the subject is the duration of the flash pulse rather than the camera shutter speed—it’s like combining two exposure speeds in a single photograph, one for the background and another for the subject.

The following three photographs illustrate this principle—again, they are not technically perfect photos, but rather the result of quick experimentation to understand the principles involved.  Photo 1 is from yesterday’s post and illustrates what my typical settings have always been: ISO 160, f/16, and 1/250 sec.  It’s a decent photo of the treehopper, Acutalis tartarea; however, black is perhaps the least appropriate background to choose for this black species. Until now, it would have been my only option unless I tried arranging foliage in its background.  Photos 2 and 3 are of another individual of this species that I found today (fortunately in similar orientation to the individual photographed yesterday).  In both photos I kept the flash unit set to ETTL (adjusting FEC as appropriate for the shots).  In Photo 2 I bumped up the ISO to 400 but kept the shutter speed fast (1/200 sec)—you can see some effect in that the background is not truly black, having received some light from the blue sky.  It’s not enough, however, because the shutter speed was still too fast.  In Photo 3 the ISO remained at 400 but the shutter speed was also decreased to 1/60 sec.  The shutter staying open that long allows enough light from the sky to register on the sensor and, Voila!, we have a blue sky background that creates nice value contrast with the black subject.  The subject these photos is not terribly sharp, but that is just lack of focus—not motion blur from a slow shutter (sorry, I was just practicing settings rather than going for a perfect shot). All three photos were shot with the Canon 100mm macro lens + 68 mm of extension tube (total magnification ~2X). 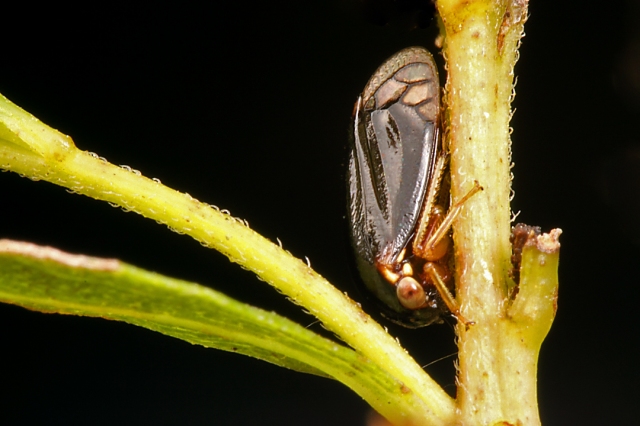 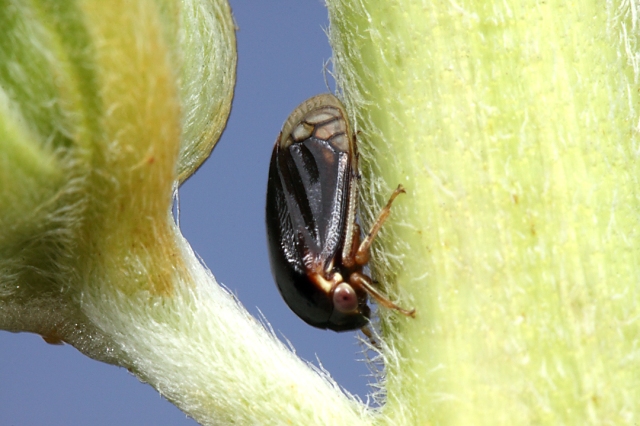