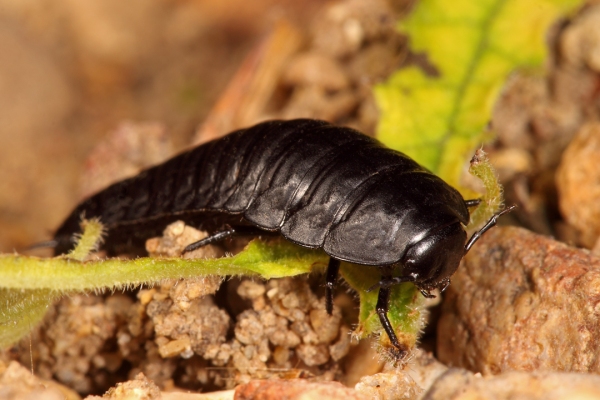 If this creature was a tad bit slimier, you might think it had just been plucked from underneath the armor of an adult Ceti Eel and was looking to slip inside the ear of Chekov or some other human to wrap itself around the unsuspecting victim’s cerebral cortex. In reality, this creature lives not on Ceti Alpha V., but right here on earth, and while it’s natural history may not include making human hosts “extremely susceptible to suggestion“, it does include an appetite for dead flesh and the maggots that try to compete for it. Say hello to the larva of Nicrophila americana (American carrion beetle), a member of the family Silphidae (carrion and burying beetles) (not to be confused with the endangered Nicrophorus americanus, or American burying beetle). Like most beetles, the larvae can be difficult to recognize as such due to its very different form compared to the adult. However, the one-segmented tarsi, distinct head, presence of chewing mouthparts, and presence of spiracles along the sides of the body give the clues to its identity. 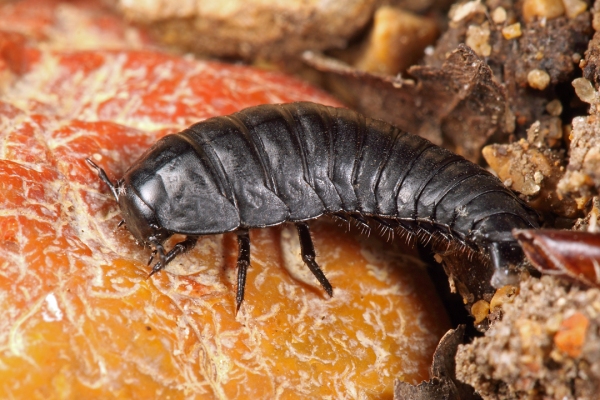 While not the offspring of a Ceti Eel, its habits are almost as… er, disgusting!

The genus name (literally meaning “attracted to corpses“) is a perfect descriptor of this beetle’s natural history. Adults are attracted to animal carcasses, where they lay their eggs and prey on maggots (fly larvae) as they hatch to give a competitive advantage to their own larvae once they hatch. The larvae also will eat maggots and other larvae within the carcass, along with the carcass itself. This larva had completed its development and was searching the ground for a suitable spot to dig a burrow for pupation and eventual emergence as an adult.