I suppose you are an entomologist?

Not quite so ambitious as that, sir. I should like to put my eyes on the individual entitled to that name. No man can be truly called an entomologist, sir; the subject is too vast for any single human intelligence to grasp. 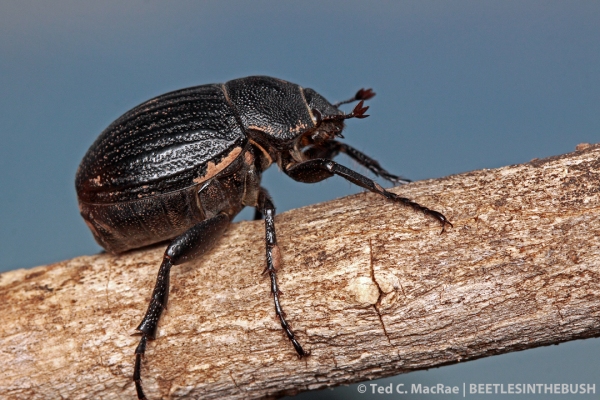 I suppose the above quote from The Poet at the Breakfast Table, by Oliver Wendell Holmes, Sr., applies just as well to those who would call themselves coleopterists, for restricting oneself to the study of beetles diminishes by scarcely more than half the known diversity of all insects. I still dare to call myself a coleopterist, but I’m the first to admit that while there are a few groups of beetles that I know very well, there are many more that I know only superficially and some that befuddle me completely. An example of the latter is May beetles (family Scarabaeidae, genus Phyllophaga). With more than 400 species in North America (Ratcliffe & Jameson 2010), it is one of the most speciose genera in our fauna. Not surprisingly, species identifications can be very difficult, oftentimes relying on examination of male and female genitalia. 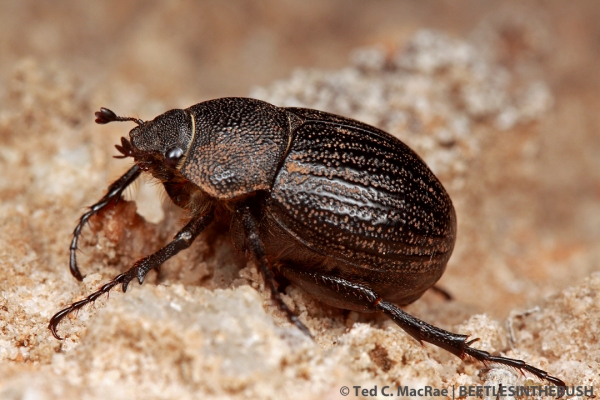 The flightless adults are most often found on the ground or low vegetation.

Not all species of Phyllophaga, however, are difficult to identify. The species shown here—P. cribrosa—is rather easily recognized within the genus by its oval, convex shape, shining black coloration, cribrose (perforated like a sieve) surface, 10-segmented antennae, and flightless nature. The resemblance to certain darkling beetles (family Tenebrionidae) is striking, although I suspect this may be a result of convergent adaptation to dry habitats rather than mimicry (Kaufman & Eaton 2007). While most species of Phyllophaga are nocturnal and capable of flight, adults of P. cribrosa are flightless and can be found crawling on the ground and clinging to low vegetation during the day. I found these beetles this past June at several locations in northwestern Oklahoma. 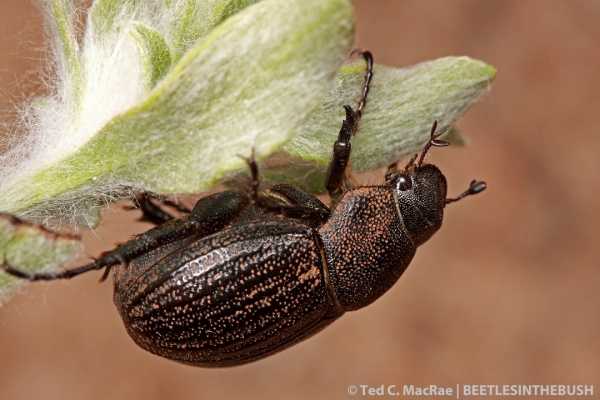 There are at least two other closely related species in the genus (i.e., P. epigaea and P. zavalana) that resemble P. cribrosa; however, both of these species are restricted to Texas, and they lack the distinct longitudinal elytral furrows exhibited by P. cribrosa. The species is said to be an occasionally serious pest of crops (Luginbill & Painter 1953), although I suspect that in most cases this results from new plantings of crops in former grasslands because of the limited dispersal abilities of the beetles.

5 thoughts on “An interesting flightless May beetle”