Neither of these photos are very good, but it’s the firefly’s fault.  I saw it last month in a soybean field in Buenos Aires Province, Argentina. I got off the first shot, but the flash disturbed it and it started walking around. I quickly set up for another shot, got it framed, fired the shot, and saw the second photo on the screen! 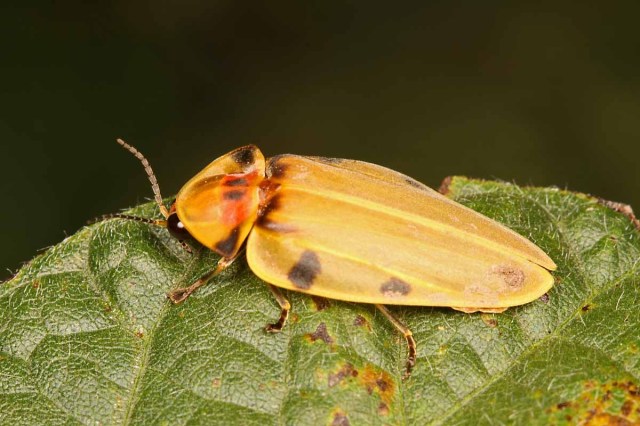 Everything about this firefly seems backwards – most fireflies are black with yellow, orange or red markings – this one is yellow with small black markings.  The terminal segments of the abdomen are dark while the rest are light – opposite of most other fireflies.  This one was out and about during the day, while most others are crepuscular or nocturnal.  Maybe it’s a result of being in the Southern Hemisphere – opposite of most other fireflies I’ve seen. 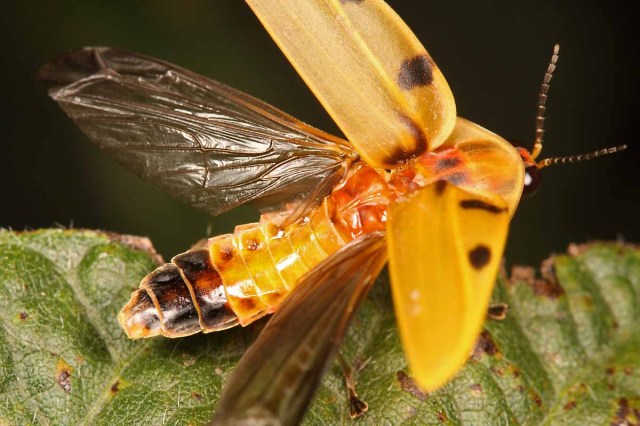