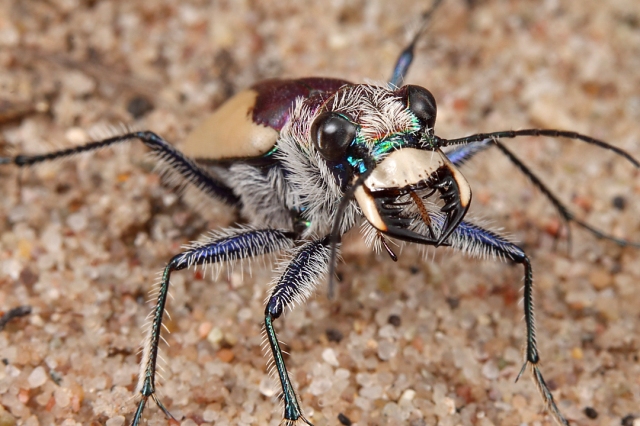 This should be a relatively easy ID Challenge compared to previous editions—2 points each for the correct order, family, genus, species, and subspecies.  Additional points will be awarded on a discretionary basis for relevant natural history comments.  Standard challenge rules apply, including moderated comments during the challenge period (you don’t have to be first to score points), early-bird points to those who do arrive at the correct answer before others, etc.  Ben Coulter maintains a commanding lead in BitB Challenge Session #4, but with this and one more challenges left in the current session is his lead secure?

Ted C. MacRae is a research entomologist by vocation and beetle taxonomist by avocation. Areas of expertise in the latter include worldwide jewel beetles (Buprestidae) and North American longhorned beetles (Cerambycidae). More recent work has focused on North American tiger beetles (Cicindelidae) and their distribution, ecology, and conservation.
View all posts by Ted C. MacRae →
This entry was posted in [No taxon] and tagged entomology, ID challenge, insects, nature, quiz, science. Bookmark the permalink.