His name is Ralph! 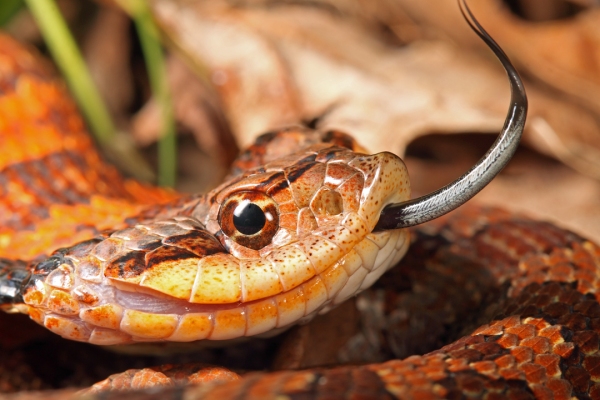 Until the past few years, I could probably count on my two hands the number of snakes I’d seen in the field. This despite nearly weekly outings throughout each season going back to young adulthood. I’m sure this has something to do with my search image (beetles), my primary method of looking for them (whacking tree branches with my net handle over a beating sheet), and what I wasn’t also doing at the time (looking for snakes or anything else that wasn’t a beetle). One is unlikely to see these mostly shy, secretive animals when thrashing and whacking through the bush, and even if no ruckus is made to make them scamper they can still hide in plain sight due to their wonderfully cryptic coloration. It wasn’t until I started carrying a camera and began looking for other natural history subjects rather than just focusing on collecting as many beetles as possible that I began to see snakes. And since then I’ve seen a lot of them, including a terrifyingly aggressive timber rattler, a juvenile Osage copperhead, an uncooperative dusty hognosed snake, a death-feigning western hognosed snake, a cute little western pygmy rattlesnake, a rough green snake, a juvenile timber rattler, an adult Osage copperhead, and a yellow-bellied racer. The last three were all seen at what has become for me my favorite “snake spot”—a gorgeous preserve in the southeastern Missouri Ozarks. I’m not sure what makes this place so ideal—perhaps the massive outcroppings of jumbled rhyolite alongside the clear, spring-fed, gravel-bottomed river provide ample habitat and food for a variety of species. Regardless, I have visited the preserve each April  (for my annual season-opening birthday bug collecting trip) for the past three years and never failed to see at least one snake.¹

¹ To be clear, I am not a snake collector. That said, I do not have a problem with keeping snakes in captivity, at least in principle, but I am disturbed by the frequency with which snakes and other reptiles are irresponsibly collected at levels that are unsustainable and even “poached” from protected areas. For me personally, it is enjoyment enough to see, be able to identify, and observe these gorgeous animals in their native habitats, leaving with nothing more than a digital record and my vivid memories of that brief encounter.

When threatened, hognose snakes flatten their head and neck, puff up their body, and hiss loudly.

On my most recent visit, I was hoping to once again see one of the timber rattlers that inhabit these rocky hillsides. I tip-toed up and down the rocky slopes as quietly as I could, but no such luck. On the way back, however, I spotted this colorful eastern hognose snake (Heterodon platirhinos) lying just off the path. Despite its brilliant coloration and vivid markings, it was remarkably well camouflaged and I almost walked right past it. Of course, hognose snakes are well-known for their various threat and defensive displays. I’ve experienced some of these in my previous sightings with other species (death-feigning, mouth bleeding, and foul-smelling emissions), but to my delight I got to experience their most classic behaviors—flattening of the head and neck, puffing of the body, and loud hissing. The snake repeatedly performed these behaviors as I photographed it, and because I persisted the snake apparently concluded that these tactics weren’t working. What happened next was something I was completely unprepared for. 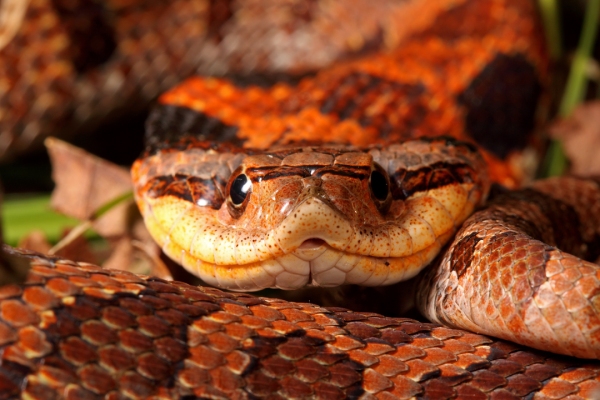 As the snake began trying to crawl away, it opened its mouth widely…

…and out came it’s last meal (obviously a frog, but with the head and front legs already digested, too difficult to identify any further)!

p.s. If you didn’t get the joke, watch this clip from the classic Cheech and Chong movie, Up in Smoke.

Ted C. MacRae is a research entomologist by vocation and beetle taxonomist by avocation. Areas of expertise in the latter include worldwide jewel beetles (Buprestidae) and North American longhorned beetles (Cerambycidae). More recent work has focused on North American tiger beetles (Cicindelidae) and their distribution, ecology, and conservation.
View all posts by Ted C. MacRae →
This entry was posted in Reptilia, Vertebrata and tagged crypsis, herpetology, Missouri, nature, snakes. Bookmark the permalink.

15 Responses to His name is Ralph!