Most species in the genus Crossidius exhibit varying amounts of yellow/red/orange coloration on the body. However, one species—Crossidius ater—dispenses with such adornments and remains all-black throughout its expansive range across the Great Basin and surrounding areas. Despite this, they are no less pretty than their more gaudily colored relatives. The adults in these photos were seen on flowers of yellow rabbitbrush (Chrysothamnus viscidiflorus) at two locations in White Pine County, Nevada on 30 August 2013 (all photos w/ natural sky background). 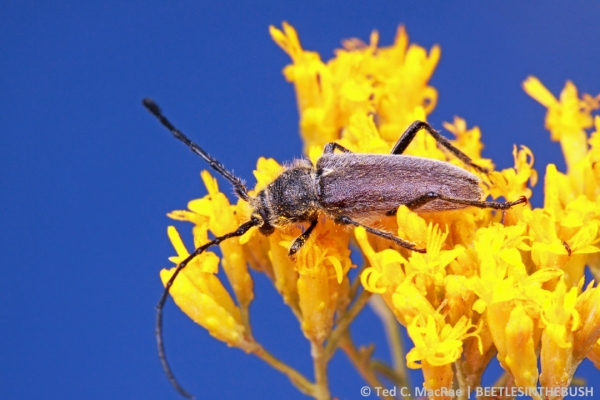