Last Saturday, the Webster Groves Nature Study Society (WGNSS) Nature Photography Group was joined by several members of the WGNSS Botany Group and Missouri Native Plant Society to look for one of Missouri’s rarest plants—Geocarpon minimum, a.k.a. tinytim or earth-fruit (family Caryophyllaceae). This diminutive, federally-threatened and state-endangered plant grows only on sandstone glades, primarily in west-central Missouri with a few populations known also from Arkansas, Louisiana, and Texas. The window for finding this plant is short—it’s entire life cycle lasts only about 4 weeks, with an even shorter window for finding it in flower.

Our first stop to look for them was Bona (pronounced “Bonnie”) Glade Natural Area. I’d been here before, but it was about 10 years ago and at the wrong time to look for this plant (but I did find widowscross, Sedum pulchellum, in bloom). Some of the group had seen it here before and were able to coach us on the microhabitat where we would likely find them, and it didn’t take long before we did. Soon after finding the first plants, we found them in bloom as well—their almost microscopic flowers being the perfect subject for my macro lenses! 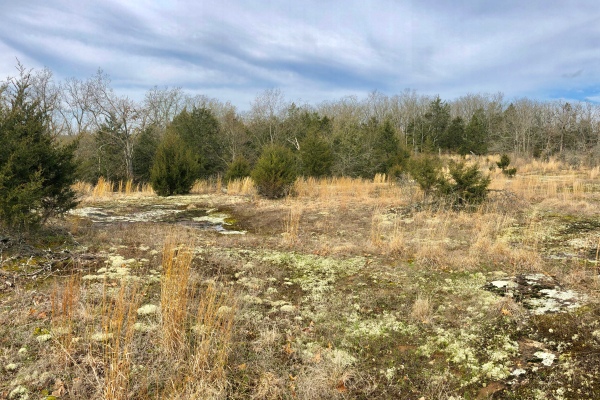 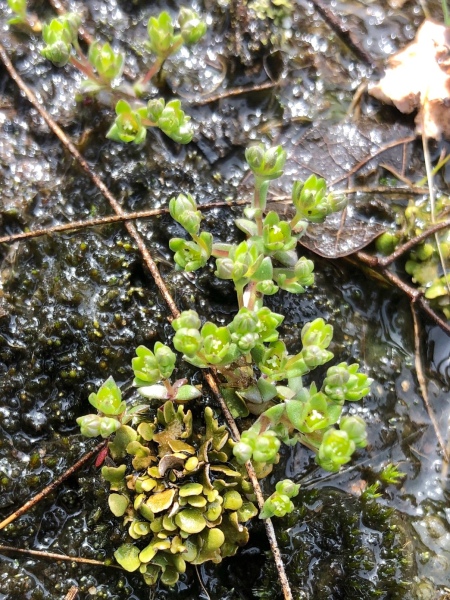 After getting plenty of shots of the plant and flowers, we moved to an adjacent plot of land across the highway, where we not only found more tinytim plants but also Corydalis aurea, commonly called golden corydalis (pronounced koor-ID-uh-lyss), in the family Papaveraceae—something I’d never seen before. 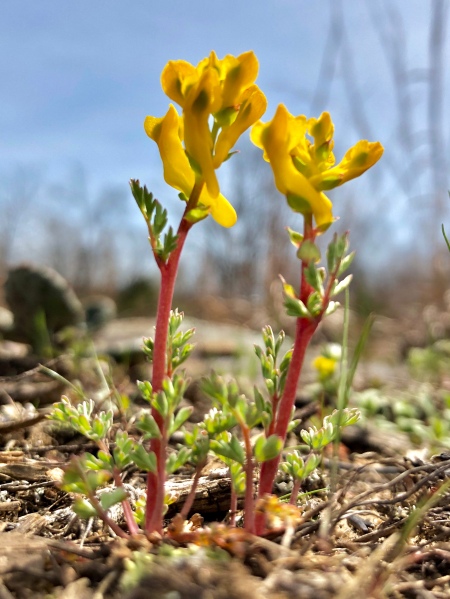 Next the group moved on to Corry Branch Glade. It was originally our intent to look for more of the plant at this site, but immediately upon entering the glade we noticed a stunning display of Selenia aurea, or golden selenia. This small, striking species in the mustard family is restricted to just a handful of counties in the west-central part of the state, again primarily glade habitats. It was a surprising and pleasant find that occupied the groups’ attentions for some time before we finally decided to break for lunch (it was well into the afternoon!). While I was there, I not only photographed the plant but started having some success with my new 15-mm wide-angle macro lens, with which I had been experimenting all day (to that point without much success). 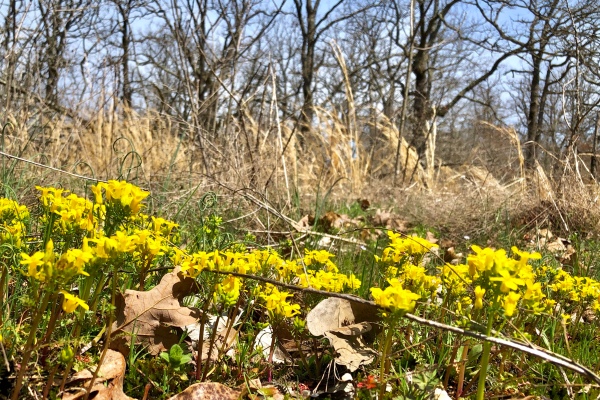 After “lunch” (which was closer to dinner!), a few of us (Bill, David, and I) wanted to go back to Bona Glade to take another crack at photographing tinytim with our wide-angle macro lens. I especially was not satisfied with what I had gotten earlier, that being my first serious attempt at using the lens in the field. Having a better idea now of how to use the lens and what our compositional goals were, we scoured the area looking for just the right plants in just the right situations. I can honestly say I finally got a feel for how to use the lens, the trickiest part of it being how to balance use of flash on the subject with the amount of ambient light from the background (I’m not a stranger to this concept at all, frequently having combined flash with “blue sky” in much of the macrophotography I’ve done up to this point). We photographed several plants on different substrates looking for the right combination of plant, substrate, and background, and we all walked away pretty optimistic that we’d gotten the photos that we wanted.

NOTE: The photos in this post were taken with an iPhone X. The “real” photos, taken with our “real” cameras, will be shared as they become available.

2 thoughts on “When hardcore botany meets hardcore nature photography—nature geekery at its finest!”