Last night the Webster Groves Nature Study Society (WGNSS) held their 2019 Nature Photo Contest, and I was fortunate to have a 1st place winner in the ‘Plants and Fungi’ category! This photograph of grassleaved lady’s tresses orchid (Spiranthes vernalis) flowers was taken at Taberville Prairie Natural Area in St. Clair Co., Missouri. Like other species of lady’s tresses orchids, their tubular flowers are arranged in a spiral along the inflorescence and cross-pollinated primarily by long-tongued bees (e.g. bumblebees, Bombus spp., and megachilid bees) (van der Cingel 2001). 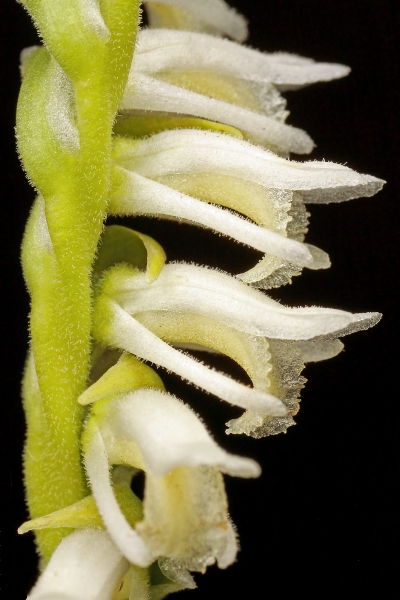 Spiranthes is one of the more complex genera of North American orchids, with seven species known to occur in Missouri (Summers 1985), and like almost all orchids, their pollination biology is fascinating! The flowers are “protandrous”, i.e., they are functionally male when they first open and become functionally female as they age. Since they open sequentially from the base of the inflorescence as it grows, this results in female flowers on the lower portion of the inflorescence and male flowers on the upper portion.  Thus, bee pollinators tend to act as pollen donors when visiting lower flowers and pollen recipients when visiting upper flowers.  Male pollinia are attached to the bee’s proboscis as it tries to access the nectar secreted into the base of the floral tube and then come in contact with the female stigma in the next flower that the bee visits.  Bees generally start at the bottom of an inflorescence when visiting a plant and then spiral up to the top before flying to the next plant.  Such “acropetal movement” is likely a result of the tendency for nectar rewards to be greater in the lower flowers, and it ultimately promotes cross-fertilization between neighboring plants.

This was the 4th edition of the contest, which has been held every other year since the inaugural edition in 2013. I’ve earned 2nd and 3rd place honors in the plants category each time before; however, this was my first win in that category. In addition to plants, I also had entries in the ‘Invertebrates’ (restricted to photos taken in Missouri or one of its contiguous states) and ‘Travel’ (open to photos taken anywhere in the world) categories, with one photo each making it to the final round of judging. You’ve seen them both before—Neotibicen superbus (below left—photographed at Mincy Conservation Area, Taney Co., Missouri) and Agrilus walsinghami (below right—photographed at Davis Creek Park, Washoe Co., Nevada). In the end, however, they both got beat out by the competition, so I only had the one winning photograph this time. Nevertheless, it was a 1st place winner, so I am very satisfied. 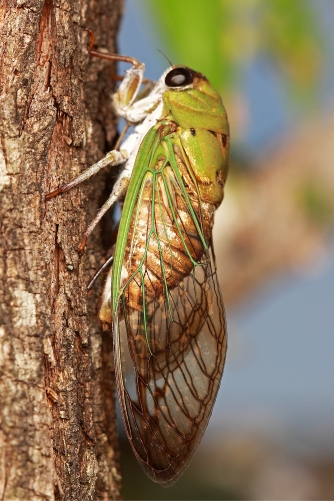 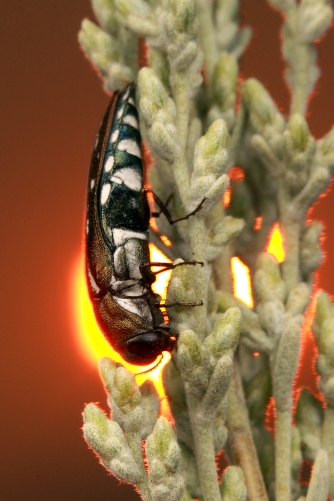 The WGNSS Nature Photo Contest has quickly become one of the organization’s marquee events, with the number of entries, caliber of competition, and attendance all exceeding the previous three editions. My thanks to the judges who volunteered their time, the attendees who supported the event, and especially to Bill Duncan, Chair of WGNSS’s Nature Photography Group (and an expert nature photographer in his own right), who worked hard to make this event the success that it was (and took home some well-deserved wins of his own). I look forward to the next competition in 2021!