Today happens to be BitB’s 3rd blogoversary.  I won’t bore you with an attempt at witty, insightful introspection on what it means to have reached this modest milestone.  BitB is still what it started out as – tales from my life-long, entomocentric, natural history learning experience.  I’ve enjoyed these past three years immensely, learned far more than I would have initially imagined, and deeply appreciate the support and encouragement I’ve received from an admireably erudite readership.

Rather than talk on about myself, however, I’d like to talk about others.  I’m always on the lookout for new blogs – those that seem interesting make the blogroll, and if I find their content compelling enough they make my RSS feed list.  A few rise to the top due to their superior photography, insightful writing, or close alignment with my own interests – these I like to feature from time to time by name in an occasional post such as this one.  Following is the latest crop of new sites (or at least new to me) that have piqued my interest: 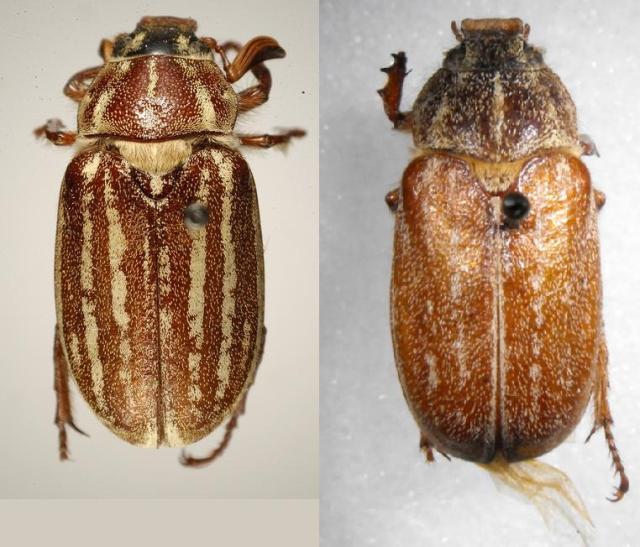 Crooked Beak Workshop is written by coleopterist Delbert la Rue, Research Associate at the Entomology Research Museum, University of California, Riverside.  I can forgive his primary interest in Pleocomidae (rain beetles) and other scarabaeoid taxa due to his strong side interests in Cicindelidae (tiger beetles), Buprestidae (jewel beetles), and ecology of sand dune ecosystems.  Posts occur irregularly, but when they do appear they are good old-fashioned hardcore coleopteran taxonomy and desert southwest ecology – what could be better?

Field Notes is a herpetology website by Bryan D. Hughes.  “Spectacular” does not even begin to describe his photographs, focused heavily on the marvelous diversity of venomous snakes and other reptiles in the desert southwest (and the occasional desert arachnid as well).  Bryan hopes his pictures and information will help homeowners who choose to live in areas harboring native wildlife become interested in it rather than kill it due to fear and myth – I hope he succeeds!

Gardening with Binoculars is a fairly new site by my good friend and fellow WGNSS member Anne McCormack.  Anne is a true “naturalist’s naturalist,” with solid knowledge that spans the breadth of Missouri’s flora and fauna – both vertebrate and invertebrate.  In GWB, Anne uses this knowledge and her considerable writing talents to weave informative and entertaining tales of her experiences with wildlife in a small native plant garden.  I can almost hear the campfire crackling in the background!

Natural History Museum Beetle blog is a new blog by Beulah Garner, one of the curators of Coleoptera in the Entomology department at The Natural History Museum in London (I am sooo jealous!).  With only two posts under her belt so far, it might be premature to give the site such quick praise; however, I couldn’t resist – the 2nd post had photos of tiger beetles!  Regardless, working amongst more than 9 million insects (did I mention I’m jealous?) should provide plenty of fodder for future posts.

The Atavism is written by David Winter, a PhD student in evolutionary genetics in New Zealand.  Wide ranging in his interests, it is his Sunday Spinelessness series that has captured my interest (and while “spineless” across much of the blogosphere means squishy marine animals, David’s spinelessness is more to my liking – i.e., arthropod-heavy).  Moreover, in true academic fashion, David usually finds an unusual angle from which to discuss his subjects.

The Prairie Ecologist. Chris Helzer is an ecologist for The Nature Conservancy in Nebraska whose writings demonstrate deep, intimate understanding of the prairie landscape and its myriad biotic interactions, as well as the passion that many of us here in the heartland feel when looking out on its vast expanses.  As if that wasn’t enough, Chris is also one of the rare bloggers who combines his well-crafted writing with truly spectacular photography – he’s the total package!

The Sam Wells Bug Page is written by – you guessed it – Sam Wells.  This is a straight up entomology site, featuring a diversity of insects from that wonderful state called California.  You won’t find these insects anywhere else on the web, and though it is (to my liking) heavy on the beetles, a variety of other insect groups are featured as well.  What’s more, each post almost always contains fabulous photos of that remarkable California landscape.  Each post is a little mini-collecting trip – I get a little homesick for the Sierra Nevada every time I read!

One final note – Heath Blackmon at Coleopterists Corner has posted the tenth edition of An Inordinate Fondness.  This was Heath’s first blog carnival hosting gig (could there have been any more appropriate?), but you wouldn’t know it by looking – 14 coleocontributions artfully presented, each with a teaser photo and just enough text to invite further clicking.  Head on over to AIF #10 and enjoy elytral ecstasy at its finest (and don’t forget to tip the waiter!).

Ted C. MacRae is a research entomologist by vocation and beetle taxonomist by avocation. Areas of expertise in the latter include worldwide jewel beetles (Buprestidae) and North American longhorned beetles (Cerambycidae). More recent work has focused on North American tiger beetles (Cicindelidae) and their distribution, ecology, and conservation.
View all posts by Ted C. MacRae →
This entry was posted in [No taxon] and tagged An Inordinate Fondness, Blog carnival, blogging, blogoversary, ecology, entomology, herpetology, insects, nature, science. Bookmark the permalink.