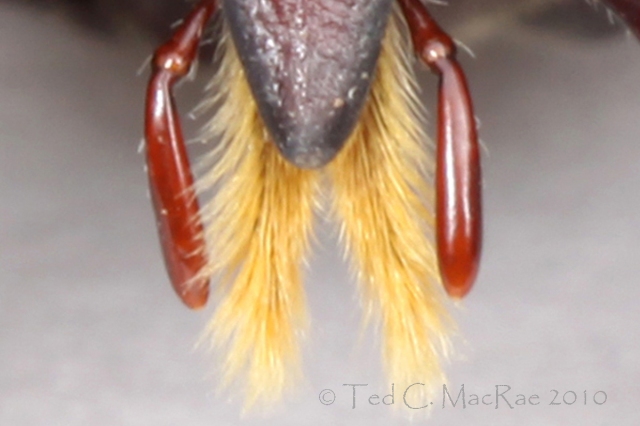 There are lots of points up for grabs with this one, what with several body parts to name as well as the organism to which they belong needing to be identified.  Rules and points will be awarded roughly as outlined in the inaugural ID Challenge – i.e., ﻿﻿﻿﻿points are not mutually exclusive, with comment moderation turned on while the challenge is open to allow all a chance to participate (﻿no advantage to those with trigger fingers).  Points will be awarded for correct taxonomic identifications (order, family, genus, and species – 2 pts each) and for each body part correctly names (2 pts each).  Bonus points may be awarded﻿ at my discretion for .

We’ll give this a day or so, depending on how quickly the answers come in…

Ted C. MacRae is a research entomologist by vocation and beetle taxonomist by avocation. Areas of expertise in the latter include worldwide jewel beetles (Buprestidae) and North American longhorned beetles (Cerambycidae). More recent work has focused on North American tiger beetles (Cicindelidae) and their distribution, ecology, and conservation.
View all posts by Ted C. MacRae →
This entry was posted in [No taxon] and tagged quiz, Super Crop Challenge. Bookmark the permalink.