During my early August trip to the Gulf Coast of Florida, I spent several nights exploring the small mangrove marsh behind my sister-in-law’s condominium in Seminole. There were other reasons for me wanting to do this that will be revealed in a future post, but suffice it to say that, to this land-locked Midwesterner, the intertidal zone between land and sea is a strange and weird place. The plants are strange—long aerial roots, salt exudate-covered leaves, succulent jointed stems; and the animals are strange—molluscs and crustaceans featuring just as prominently as the insects with which I am more familiar. Even the smells are strange. Add to that the cover of darkness and it seems downright alien. For me, stumbling through the marsh with only the bright tunnel of light from my headlamp to reveal whatever lurks in the surrounding blackness seemed like a walk on another planet—new, exciting, and a tad unnerving! 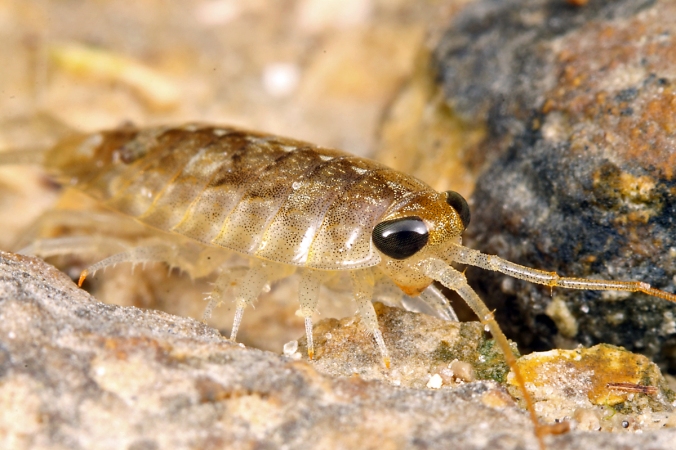 As I took those first tentative steps through the marsh, one of the first things I noticed scuttling across the moist ground were what looked to me like giant wood lice.  Terrestrial isopods (class Malacostraca, order Isopoda) are nothing new to me—”roly-polys” and wood lice are common where I live, but I have never seen any as large as these, measuring as much as 25-30 mm in length (that’s an inch or more, folks!), not even counting their quite long antennae and uropoda.  They were also quite numerous, abundant actually.  I must confess to feeling a little creeped out at first upon seeing them—I could just imagine these strange, alien creatures suddenly swarming all over me and devouring the flesh from my body under the cover of darkness.  Okay, it was more of a fleeting thought than a palpable fear, but it has been awhile since I’ve encountered an arthropod with which I am so completely unfamiliar.  During the course of the night I photographed a number of individuals, not knowing what characters might be most important for identification and hoping that maximizing the number of photographs would increase my odds of getting the right shot.  Once I sat down to figure out what they were, the answer came quickly, as there is really nothing quite like sea slaters (genus Ligia).  Several species of these apparently common residents of intertidal zones are found on both the Atlantic and Pacific Coasts (Schmalfuss 2003), where they hide during the day and come out at night to scavenge on algae and whatever other organic matter they can find. 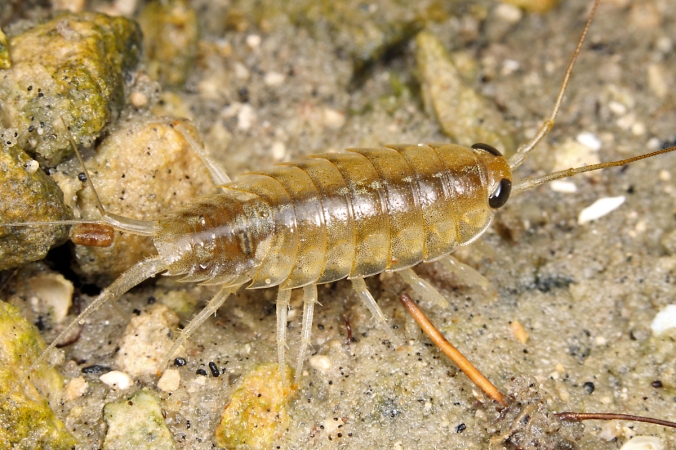 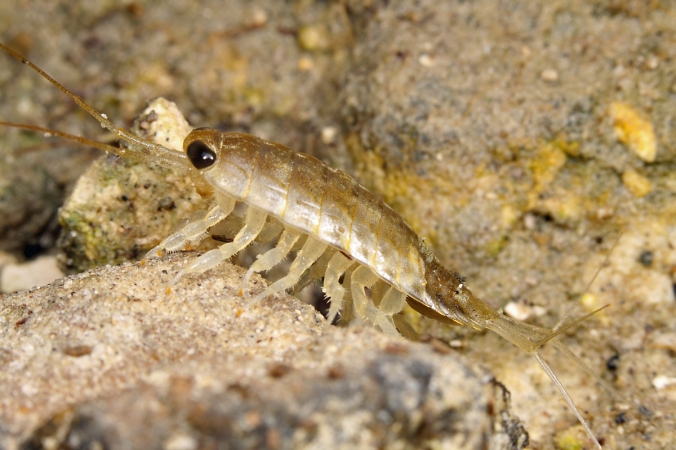 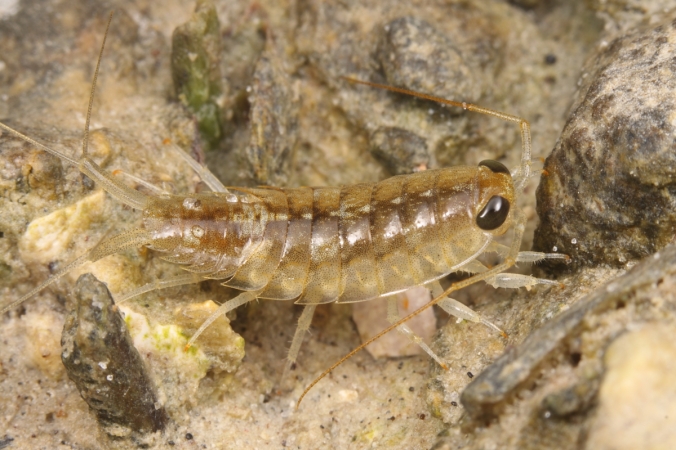 Despite my initial thought that a species ID might not be possible, I was eventually able to determine with a fair degree of confidence that the individuals in these photos represent L. baudiniana.  This species is distinguished from two other species in the genus in Florida (Schultz and Johnson 1984) by the combination of its long uropoda (L. oceanica—introduced from Europe—has the uropoda much less than 2/3 the length of the body) and brush-like structures on the first pair of legs of the male, visible in the middle photograph above (L. exotica males lack these structures and possess instead a process at the distal end of the leg). These characters are illustrated nicely in Richardson (1905), which despite its great age seems to still to be a relevant resource for the family in North America. 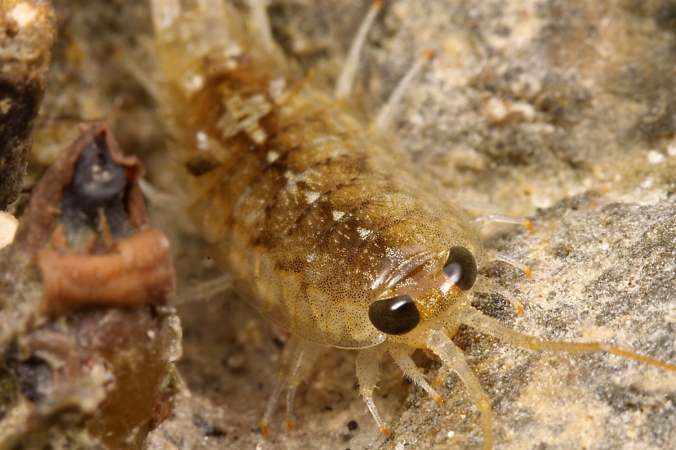 Congratulations to Morgan Jackson, who wins Super Crop Challenge #8 with 11 points and distinguishes himself as the only participant to correctly identify the species.  Dave and Roy complete the podium with 9 points each.  In the overalls, two-time Session Champ Ben Coulter earned 8 pts to retain his lead with 22 pts, while Mr. Phiddipus and Roy move into a tie for 2nd place just 4 pts off the lead.  It’s still early, but this is shaping up to be a competitive session!

In the next post, I’ll reveal the real reason I was so interested in searching this marsh at night…