Here’s a face you don’t see that often (or at least I don’t).  There’s little doubt about what body parts are shown here, so rather than awarding points for naming structures we’ll treat this as a standard ID Challenge.  However, the categories are a little different from the usual—2 pts each for class, order, family, and genus (I suspect a species ID may not be possible, at least from this photo).  Standard challenge rules apply, including moderated comments (to give everyone a chance to take part) and bonus points awarded on a discretionary basis for a variety of reasons, e.g. as tie-breakers if multiple participants arrive at the same correct answer, providing additional relevant information, humor, etc.

Reminder: I am quite the pedant—points can be awarded or taken away depending on one’s attention to detail.  Also, when all else fails pity points will be awarded. 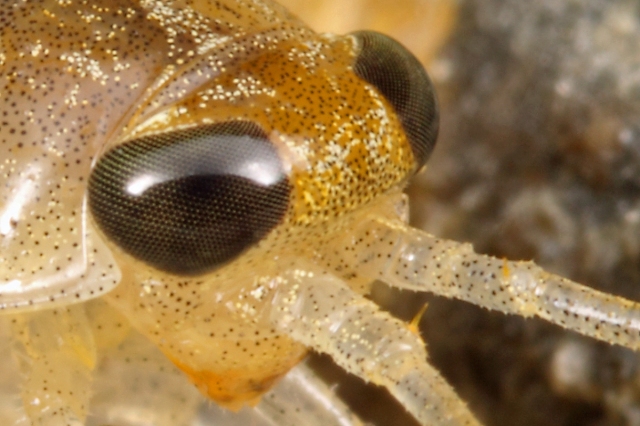 Ted C. MacRae is a research entomologist by vocation and beetle taxonomist by avocation. Areas of expertise in the latter include worldwide jewel beetles (Buprestidae) and North American longhorned beetles (Cerambycidae). More recent work has focused on North American tiger beetles (Cicindelidae) and their distribution, ecology, and conservation.
View all posts by Ted C. MacRae →
This entry was posted in [No taxon] and tagged entomology, Florida, insects, nature, quiz, science, Super Crop Challenge. Bookmark the permalink.