I was hoping somebody might try to guess in which city the photos in the previous post were taken, but nobody took the bait.  My allusion to a population of 13.1 million people makes for a rather short list, and in fact they were taken in Buenos Aires, Argentina.  I’m on another business trip, and though I’ve traveled to Argentina numerous times, all of my previous trips were prior to my owning a camera of any kind.  This trip is turning out to be much more frenetic than my Brazil trip of this past January, with not near as much time or opportunity to wander the gardens looking for insects to photograph; however, I did have a full day to myself in Buenos Aires yesterday, which was spent in its entirety at the nearby Reserva Ecológica Costanera Sur.  It’s summer here, although there is definitely a late-season, temperate feel to it.  Nevertheless, I found a number of interesting insects to photograph, and I promise to share some of those photos in the coming weeks.  For now, I hope you’ll indulge me a few more traditional sightseeing photos of what I consider to be one of the world’s most beautiful mega-cities.  I’m not sure when I’ll get to update again – I’m traveling to a number of locations in the country’s interior, and internet service in the places I’ve been and will be over the next week is usually either expensive or non-existent. 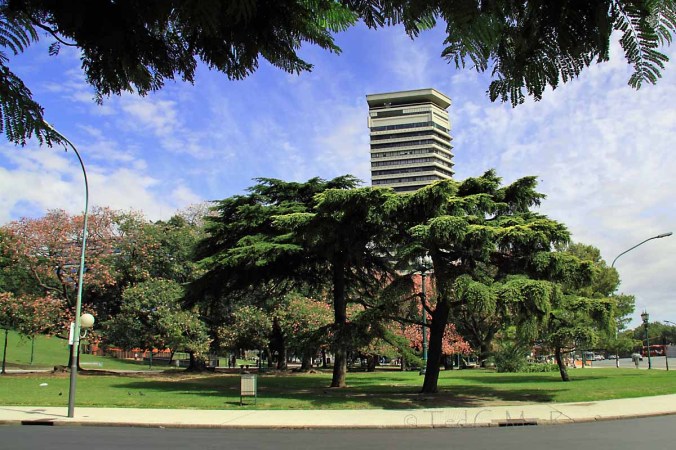 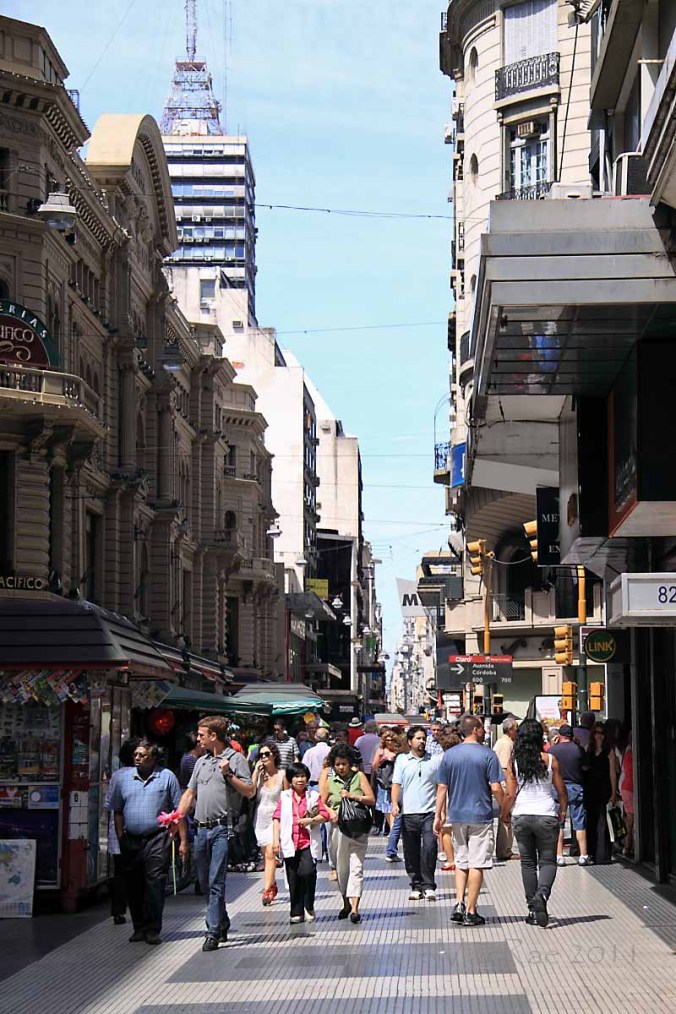 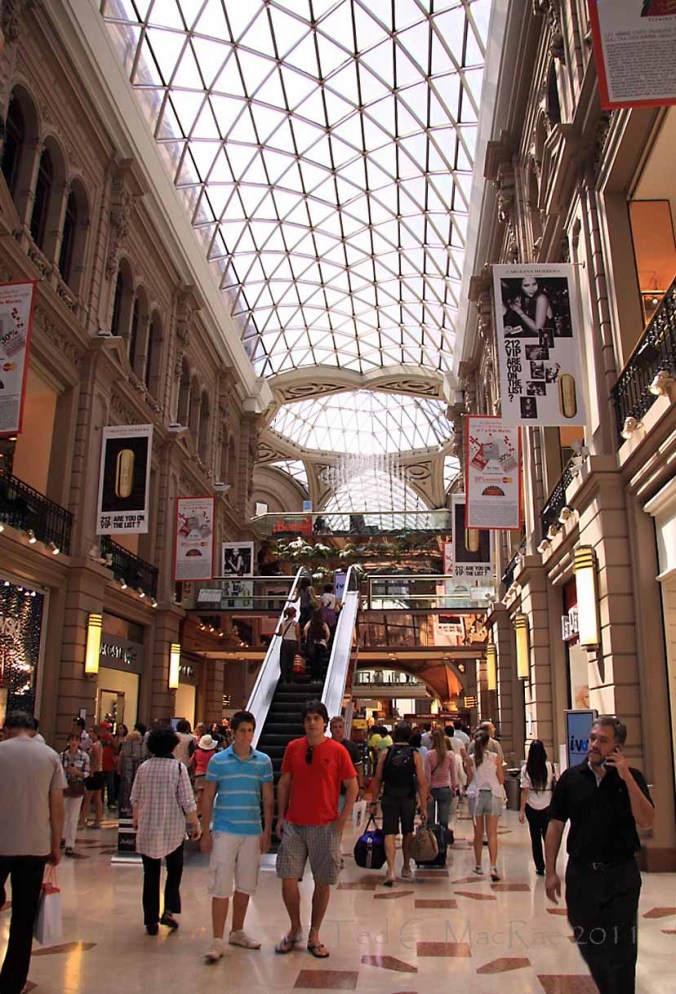 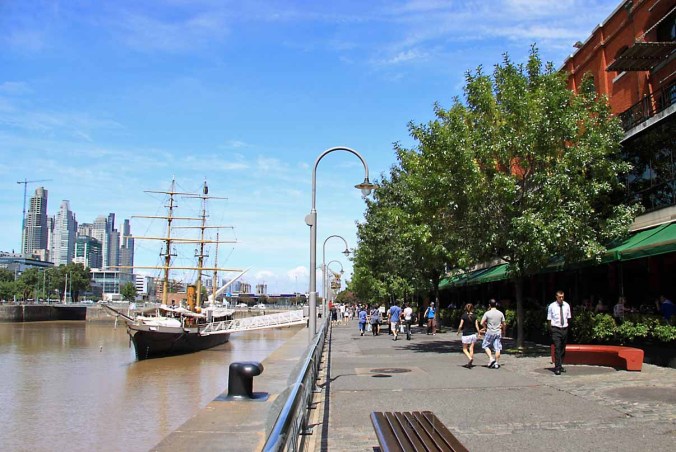 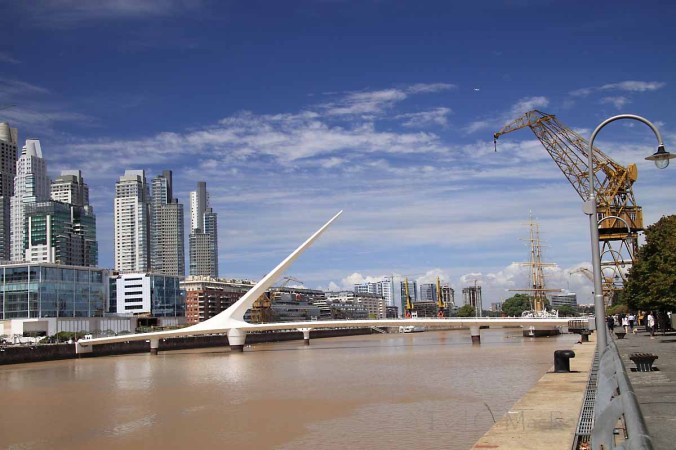 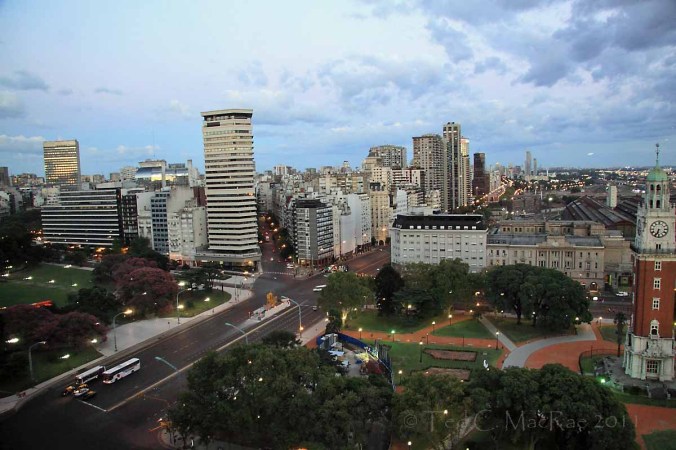 Early morning view from my hotel room in the heart of Buenos Aires. 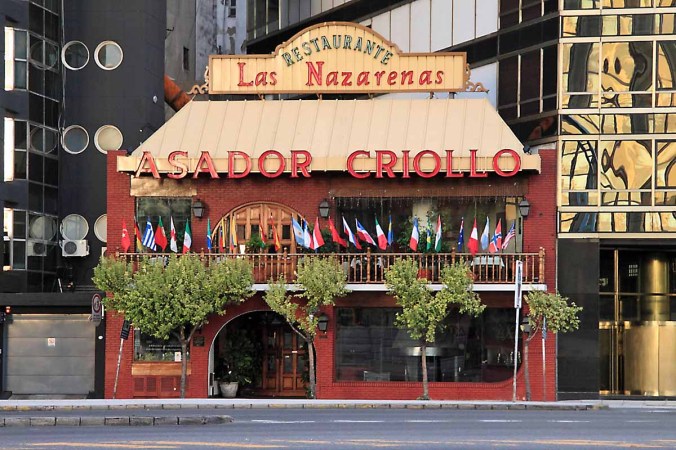 Las Nazarenas - my favorite restaurant in all of Argentina - serves traditional Argentine meats and wine. 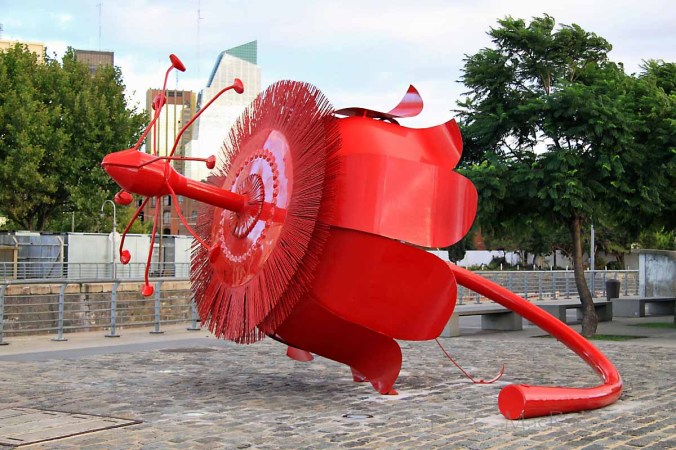 Can you guess what is the botanical representation of this sculpture in the Puerto Madero district?